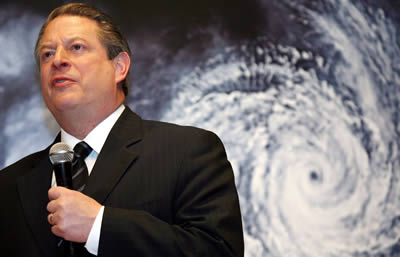 WASHINGTON - Climate change is suddenly a hot topic again. The issue is resurfacing in talks about a possible new tax.

The frankenstorm Sandy that devastated the east coast and the win of the presidential election by Obama, and the search for answers to the looming 'fiscal cliff' puts global warming back in view. Most people thought that a carbon tax was an unlikely answer to the difficulties surrounding the issues of global warming. The carbon tax would be paid whenever companies would use fossil fuels like coal and oil that produces carbon dioxide which can trap heat on the earth.

Former Congressman Bob Inglis has said that such a thing may be inevitable.

The conservative American Enterprise Institute held an all-day discussion of a carbon tax. The next day, Al Gore launches a 24-hour online discussion about disasters and global warming.

In this news item reported by By Seth Borenstein, The Associated Press